The financial market meltdown of late 2007 reverberated throughout the entire United States economy. Companies of all sizes and from every industry felt at least some effect of the financial collapse. Even venerable corporate institutions such as Eastman Kodak experienced dramatic sales declines and soaring costs.

After 19 months of insolvency, Eastman Kodak recently emerged from bankruptcy in an attempt to revitalize a tarnished image at home and abroad. The case is an interesting one, and worth further exploration, both as an example of lean, focused business practices, and a cautionary tale to bloated organizations.

The Kodak Story
Kodak filed for bankruptcy in January of 2012, after the company spent years trying to transition from an analog film producer to a company known for developing high-quality digital film. At the time of the bankruptcy, several Kodak analysts stated the primary reason for the sluggish transition derived from disjointed leadership and lack of vision. Before that, Kodak kept its head above water until December 2007, when the credit markets dried up and the company was no longer able to borrow money to fund the costly transition effort.

The reorganization plan unveiled on August 20 creates a much leaner company on paper. Kodak shed much of its debt via reorganization, but the company also lost many of its intellectual property rights to pare down the large debt load. The company also sold several divisions to raise money for creditors. The new and improved Eastman Kodak plans to focus solely on corporate customers, instead of the lucrative consumer market that the company dominated for decades.

Costly Reorganization
Kodak’s reemergence as a viable corporation has not come without substantial costs. A reluctant Judge approved the reorganization, but not before he called the decline of Eastman Kodak “a tragedy of American economic life.” Numerous pensioners and company shareholders met the reorganization plan with derision. The Kodak bankruptcy has caused most pensioners to lose benefits and left creditors with only a small fraction of what Kodak owed. Kodak has mentioned in at least one press release that the company does not plan to hire back most of the workers laid off before the bankruptcy proceedings.

As part of the Kodak bankruptcy agreement, Kodak must hand over its consumer camera film business to United Kingdom pensioners. Representatives of the United Kingdom -part of the Kodak pension plan – filed claims of $2.8 billion early in the process and thus, provided British pensioners with the most clout at the bankruptcy bargaining table. Kodak also agreed to transfer the company’s personal imaging business to UK pensioners, as well as its document printing business. As part of the reorganization, Kodak agreed to pass the value of its outstanding shares to a group of creditors. The creditor group receives nearly 85 percent of the company’s newly released stock, at a value of around $400 million.

The Search for Business Leaders
The Kodak bankruptcy, as with the slew of high-profile bankruptcies that followed the financial collapse, highlights the importance of employing intelligent and ethical business leaders – competent professionals with the ability to collaborate on and lead large-scale projects while building and maintaining a cost-effective, focused strategy.

Learn more about the University of Northwestern Ohio online Master of Business Administration here, and explore your business leadership potential. 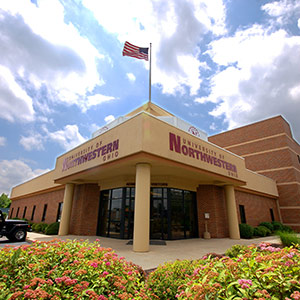